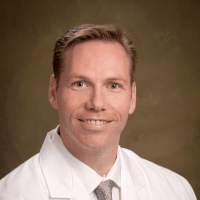 Dr. Sutherland received his M.D. from Wayne State University in Detroit, Michigan after completing a B.S. in Physiology at Michigan State University. He completed his radiology residency at Emory University Hospital in 2000. He joined Radiology of Huntsville in June of 2001 after completing a fellowship in cross-sectional imaging at University of Michigan Hospital. Dr. Sutherland received Board Certification by the American Board of Radiology in 2000. In 2017, Dr Sutherland became a Fellow of the American College of Radiology (ACR). Recognition as a Fellow of the ACR demonstrates a history of service to the College and the profession of radiology as a whole. He is a member of several professional organizations including the American College of Radiology, Alabama Academy of Radiology, Radiological Society of North America, American Medical Association, and others.

The Business Office:
Handles all billing and insurance