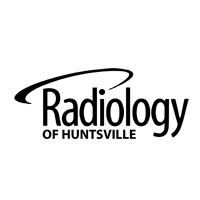 A native of Virginia, Dr. Felker joined Radiology of Huntsville in 2002. She is board certified by the American Board of Radiology. Dr. Felker received a B.S. in Biology from Virginia Tech and a M.S. in Engineering from the University of Alabama in Huntsville. She received her M.D. from University of Alabama in Birmingham. She received numerous honors and awards during her academic career. Dr. Felker completed her radiology residency at Baptist Medical Center Birmingham. She is a member of several professional organizations including the American College of Radiology and the Alabama Academy of Radiology. Dr. Felker is also very active as a volunteer for numerous community organizations. These have included an appointment as a commissioner to the Alabama Department of Environmental Management, as well as an appointment to the admissions committee for the University of Alabama School of Medicine. Dr Felker is an active volunteer for Madison County Department of Human Resources assisting area foster children.

The Business Office:
Handles all billing and insurance